I had read that the photo quality is not so great, but this seemed to be by comparison with DSLRs, which are both far bulkier and far more expensive. Also found at least one reviewer who was very happy with the camera. 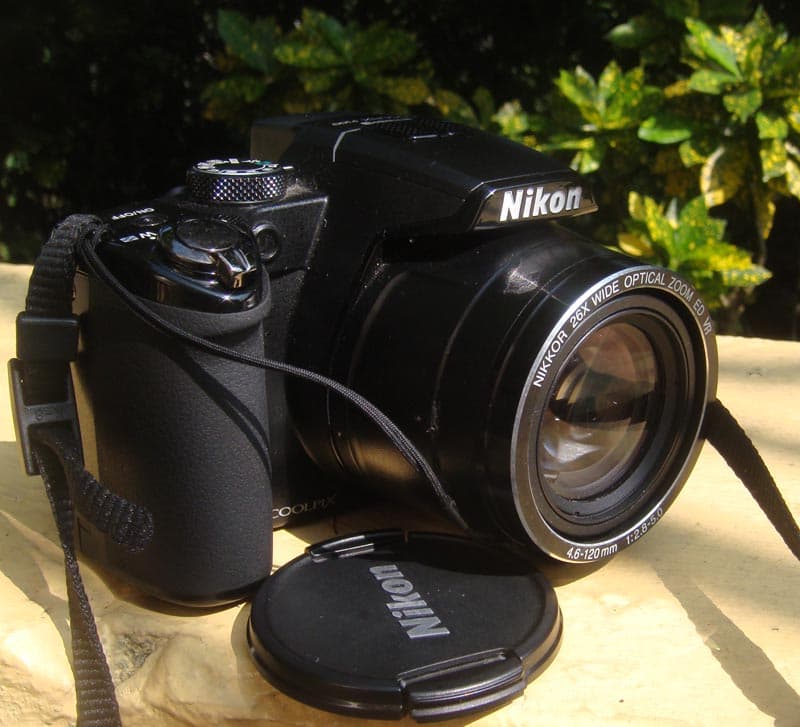 For me, the Nikon P100 proved excellent: lightweight, readily carried everywhere with me (not in pocket, but in small carrying case), felt comfortable to hold and use, and capable of taking shots from close ups of a dragonfly, through landscapes, to birds in flight. The results might not stun National Geographic editors(!), but made for good shots to view online, and for including in my survey report.

As typical with cameras, I found it important to override the default settings. Most notably: I considered images were quite noisy, even from around 400ASA, so I mostly used at the minimum ISO setting of 160ASA: noise much less here.
Also, for longer telephoto shots I used a tripod. Mainly kept within the optical zoom range – up to 26x the wide angle view. Also tried zooming further, with digital zoom – results just about ok. When shooting with telephoto, I found the digital viewfinder much easier for composing shots than the screen; also felt using the viewfinder helped with holding the camera steadier if hand holding. 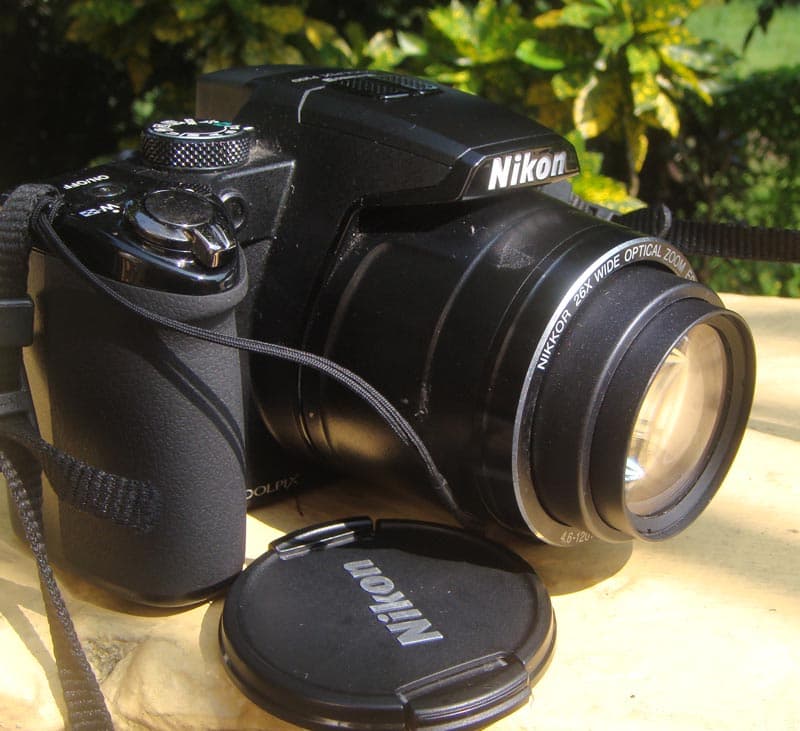 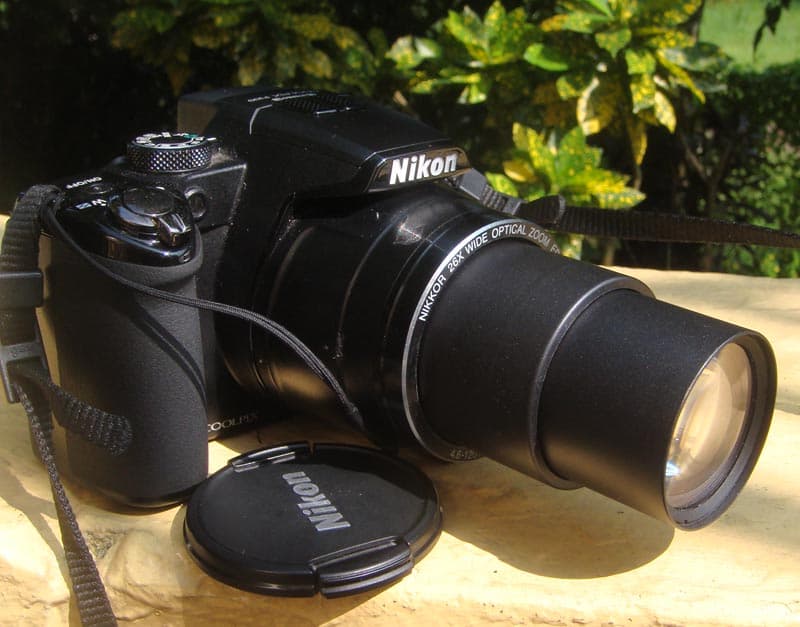 Shots of P100 with zoom set to wide-angle, and full optical zoom.

The rear viewing screen can be tilted, which helps when taking shots from low down, and from overhead. 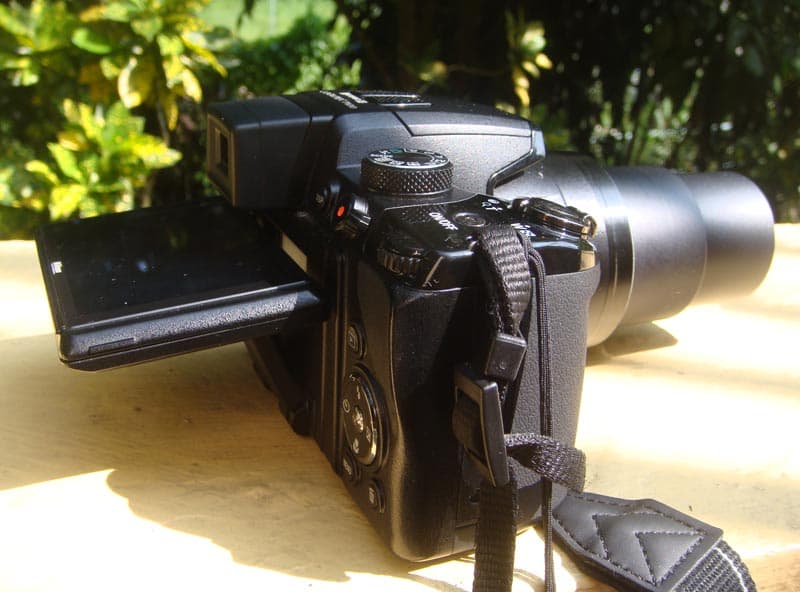 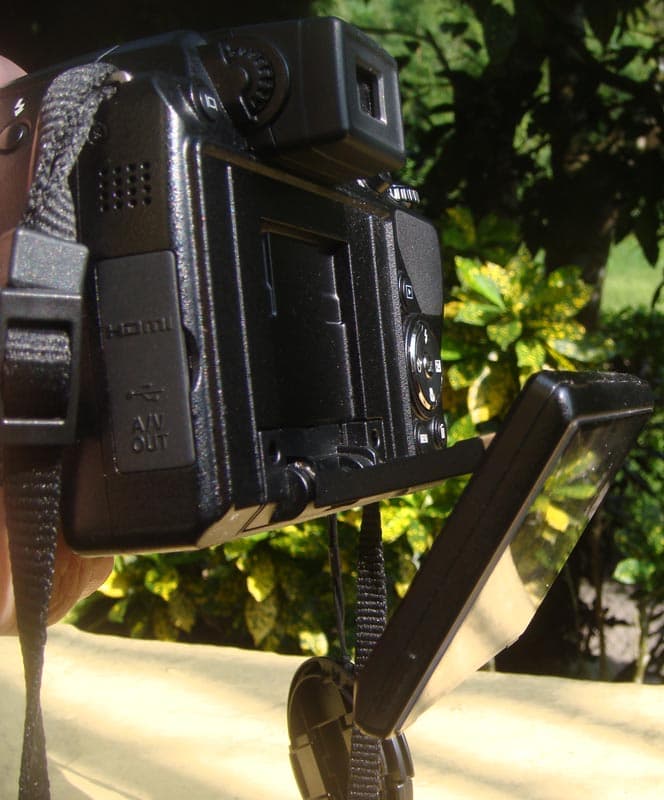 TIlting screen up helps take shots from low angles; while tilting it down is good for, say, holding camera aloft to take pictures over people’s heads.

Here are some of the shots I’ve taken with the Nikon P100; all trimmed from originals to 800pixels max length (for web), and with a little photoshop used – for contrast mainly, also some sharpening w birds and damselfly: 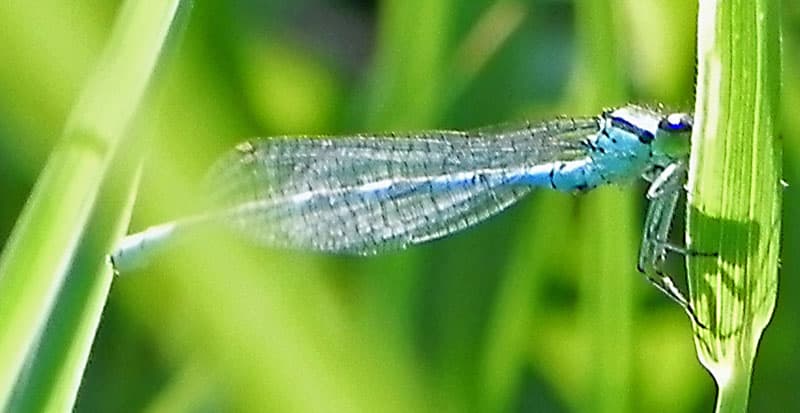 A damselfly: just quickly grabbed this shot, hand holding. Cropped from the original. 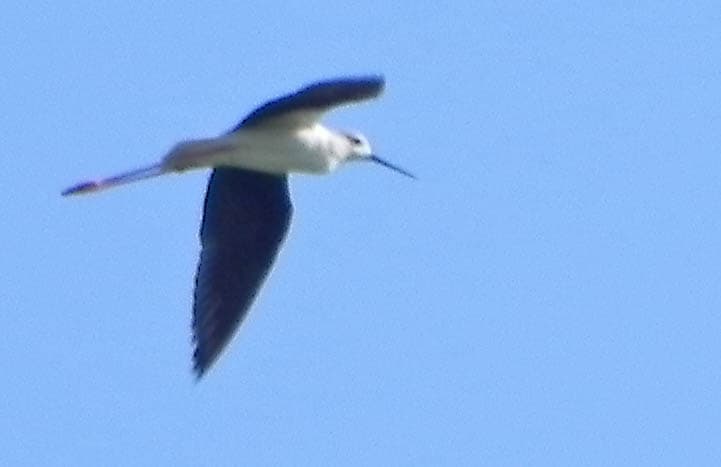 Black-winged Stilt. Using telephoto zoom, viewfinder: not so easy to get flight shots with this camera (the viewfinder image is quite small, w low resolution), though again I took this in a relatively short session, involving surveying as well as grabbing a few photos. 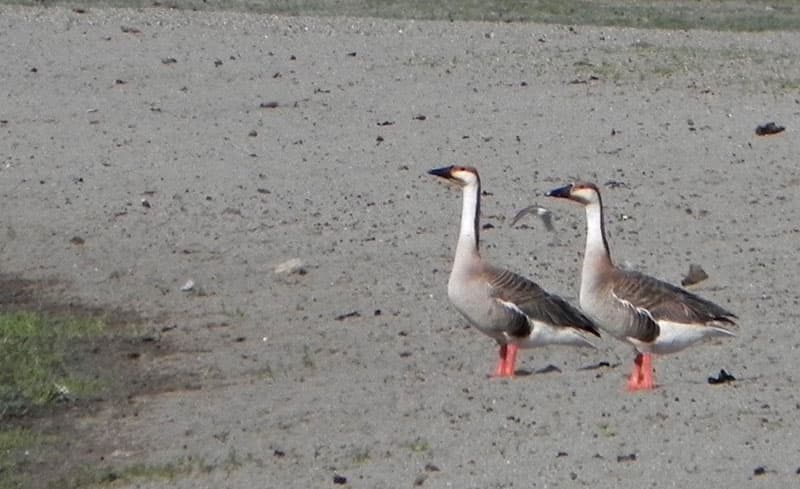 Swan Geese. Trimmed from original; taken from vehicle (the geese were wary, so couldn’t get very close). 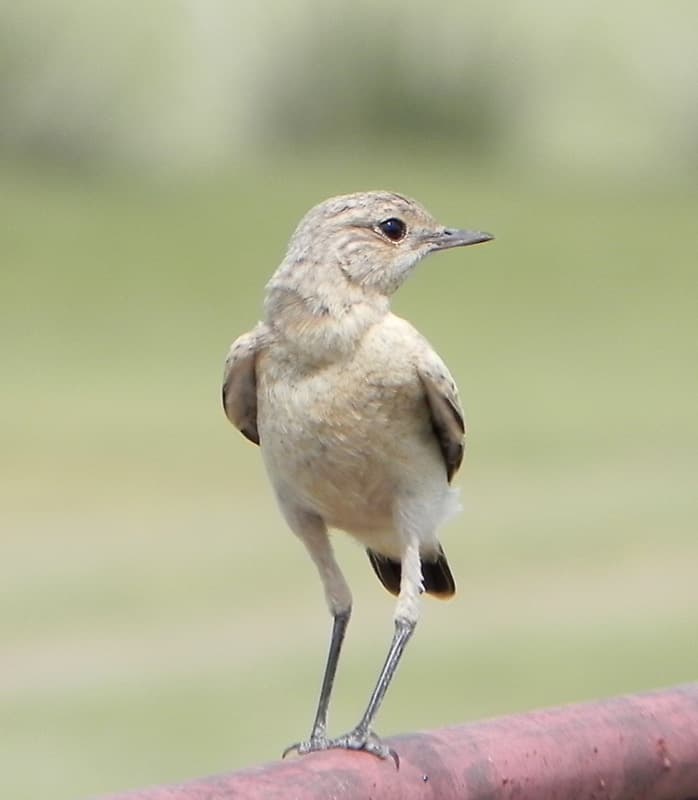 Isabelline Wheatear – a confiding bird, so this is barely cropped from the original (tho is also resized to 800px max length). 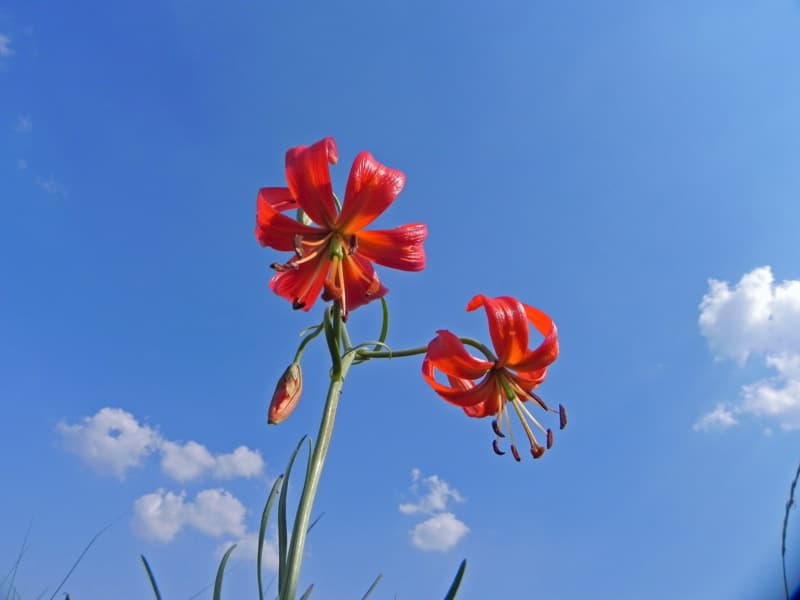 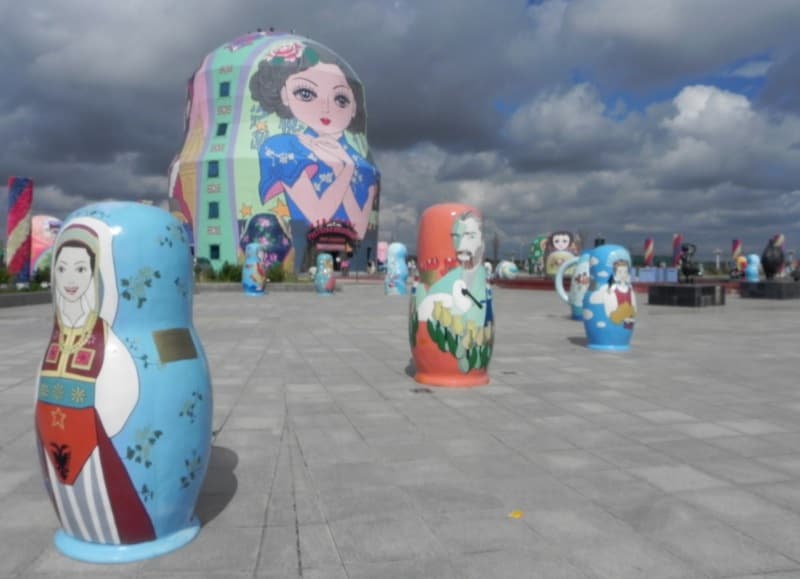 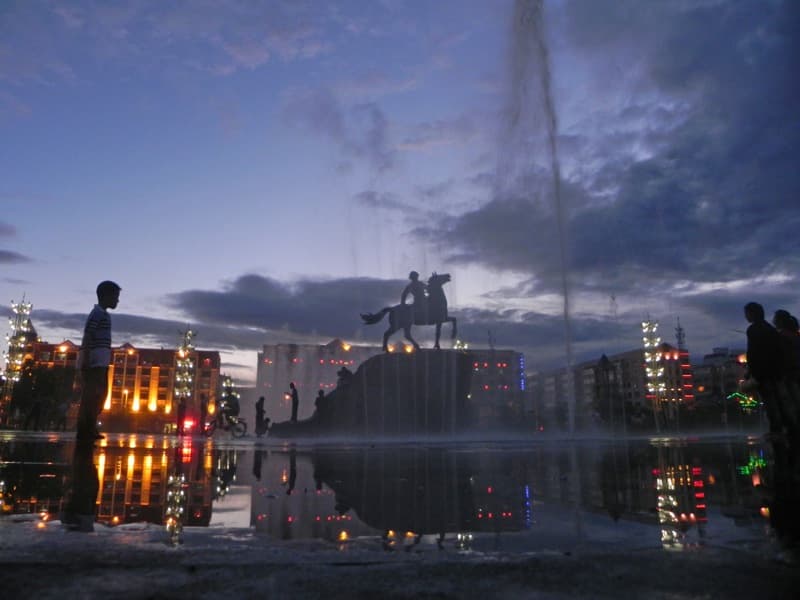 Hailar park with reflections, at dusk. Again, the tilting rear screen helped take this shot, as I steadied the camera on the ground (also for maximum reflection).

Posted or Last Updated on 6 September 2022 by Martin Williams