[Based on speech I gave to audience inc leaders, at Beidaihe in May 2009]

I first visited Beidaihe in spring 1985, as leader of an 8-member expedition studying bird migration. At the time, Beidaihe was almost unknown as a place for birdwatching: we were mainly relying on information from a Danish scientist, Axel Hemmingsen, who had studied birds at the town from 1942-1945.

The spring expedition was very successful; our results included 652 Siberian Cranes – more than 40 percent of the world population known at the time. We sent the results to organisations including the International Crane Foundation; the foundation director, Dr George Archibald, had encouraged the study, and he now encouraged me to work on a long-term project at Beidaihe.

I returned as leader of a follow up study, this time of autumn migration, in 1986. Again, this proved a great success: our records included 2729 Oriental White Storks migrating south: this was more than double the previous estimate for the entire world population (900-1000), clearly showing the importance of Beidaihe for studying migratory birds.

I continued returning to Beidaihe, leading more migration studies, also leading bird tour groups, and sometimes coming on holiday.  As well as watching birds at Beidaihe, we also visited other places in the area.

In all, I have spent around two years at Beidaihe, during 12 or more visits. I have been fortunate and privileged to have seen many birds, and enjoyed thrilling birdwatching experiences; as well as to have helped discover “new” places for birds, such as the Luanhe delta, Qilihai, Happy Island, and Old Peak. Also, I have made friends at Beidaihe.

Beidaihe has become like a second home to me. I know the town well, there are people who welcome me; and I feel comfortable here partly as my home town – Scarborough, England – is also a seaside resort town, where I grew up watching migratory birds.

Beidaihe Can Create the World’s Most Exciting Migratory Birds Reserve

But, why have I kept returning? The main reason is that I believe Beidaihe can be a great place for conservation. There are many birds; plus there are many people – both residents and visitors, who can be given opportunities to enjoy seeing and learn about wild, migratory birds.

In autumn 1987, I walked around the small, Henghe (Xinhe) reservoir with Michael Ounsted, an expert on wetland reserves with the UK-based Wildfowl and Wetland Trust. He later wrote a proposal for a wetland reserve combined with education centre in the area.

In May 1990, I was at Beidaihe when the local government established the Beidaihe reserve for migratory birds, including the land area in Ounsted’s plan. Sadly, there was no money for developing the reserve, and the reserve signpost later fell down and disappeared; trees were planted on what had been a small wetland.

But for some 20 years, I have “seen” the reserve in my mind; seen the visitor centre, the shallow pool, with muddy shores and some reeds, and many birds, and visitors arriving to see them.

In 2005, I drafted a conservation plan for the Beidaihe government. This covered much of the Beidaihe and Nandaihe area – mentioning sites such as the Lotus Hills (Liangfen Shan). But at its heart was the reserve much as Ounsted had envisaged.

Well, the conservation plan remains just a collection of ideas; the reserve is still a dream. At times, I have felt disheartened, felt efforts to encourage conservation by myself and others have been unsuccessful, wondered if efforts have been wasted.

Yet, there have been conservation efforts at Beidaihe; and these are of course very welcome, and give cause for hope. When we first came, birds were openly trapped for markets; yet bird trapping is now controlled, and must be carried out in secret.  There has been habitat protection, with some important areas of land spared from construction of major buildings.

Now, too, there is the Qinhuangdao Bird Museum, near to Eagle Rock (Pigeon Nest). To me, this is a strange place. It includes dinosaurs, which now must be in museums as dinosaurs are extinct. There are also specimens and pictures of birds, even though Beidaihe is one of the world’s great places for seeing living birds, and one of Beidaihe’s best places for birds – “The Sandflats” – is right next to the museum.

So there is progress; Beidaihe is known internationally for migratory birds, and its importance as a migratory hotspot is recognised locally.

To me, there is still a gap, another major step to take: creation of the Ounsted type reserve. Importantly, this will be a place where it’s not just experts who see birds at Beidaihe, but regular people will have a chance to see some of the Beidaihe birds they may have read about in newspapers, or seen mentioned in television news reports.

At Beidaihe, there are many trees; more have recently been planted. In places, there are too many trees, especially where planting them destroys and damages wetlands. In places like the Lotus Hills, it would be great to develop better, more natural woodland – birds will benefit, so too will creatures like butterflies; and people will find these woods more attractive, more harmonious (“shufu”).

I have long been impressed by the Chinese Taoism philosophy, with its emphasis on balancing yin and yang. Balance at Beidaihe would mean recognising the importance of wetlands. Just look at the rare species that help make the town famous for birds: many of them are wetland birds, ranging from huge Oriental White Storks, through Red-crowned Cranes that are interwoven throughout Chinese culture, beautiful Mandarin Ducks and Baikal Teal, as well as Relict Gull, Saunders’ Gull, shorebirds such as Nordmann’s Greenshank, and the small, poorly known Streaked Reed-Warbler.

Beidaihe does have several wetlands, yet they are threatened. The Yanghe estuary has been damaged, particularly by Nandaihe’s rapacious development.

But at Henghe (Xinhe), there is still an opportunity to do something wonderful.

Here, it is possible to combine the wetland habitat with the museum, and to transform the museum into an education centre – changing its focus from dead birds, to living birds, flying free.

With some habitat management work, the museum can look north across a coastal wetland, and towards Qinhuangdao. There will then be living birds to see in front of the museum; mostly common species, but at times world rarities. Also, in autumn, the museum will face one of the world’s great migration routes, travelled by hundreds of thousands of birds, including many of the world’s Siberian and Red-crowned cranes, and almost the entire world population of Oriental White Stork.

With all reserves, especially partly artificial wetland reserves, design and management are important. We can get experts to help – such as from Britain, where there is a long history of managing bird reserves, as well as from Hong Kong, elsewhere in China, and Qinhuangdao/Beidaihe.

My suggestion would be to create a wetland in front of the museum, with a pool filled by some stream water and by the sea at high tide. There might be a sandy island, with only little, low vegetation – for waterbirds to rest, and maybe nest. This would mean removing some small trees. The small wood near the highway can be kept; also the marsh with reeds.

With such a variety of habitats, the reserve will attract a great variety of birds. As many birds are passing over throughout spring and autumn, it will be an exciting place to watch birds. Birds present might change quickly, with some birds leaving on their migrations, others landing to rest and feed. Many other birds can be seen passing overhead: in late autumn including the great flocks of cranes, which on a good day make for one of the greatest bird spectacles on earth.

Plus, many people can visit the reserve, to enjoy and learn about birds and our natural environment.

We share one world. Protecting birds’ environment means protecting our own environment. The reserve would not only be for birds, but also for people from Beidaihe, Qinhuangdao, China, and around the world.

I believe that at Beidaihe, we have the chance to create the world’s most exciting reserve for migratory birds.

Introduction This plan was originally prepared following a visit I made to Beidaihe in May 2005, at the request of Mr Cao Ziyu,…

For species listed in Birds to Watch 2: The World List of Threatened Birds, codes used are: (CR) – critically endangered; (EN) -… 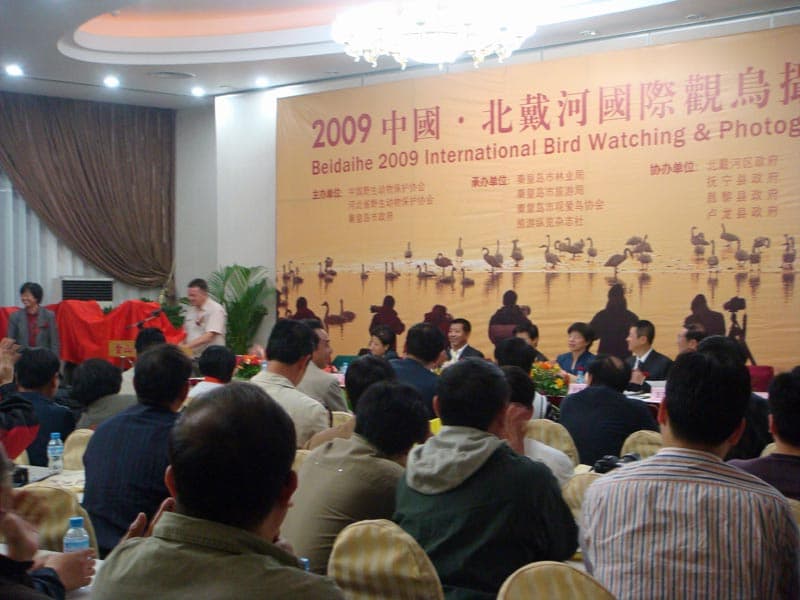 [Based on speech I gave to audience inc leaders, at Beidaihe in May 2009] I first visited Beidaihe in spring 1985, as leader of… 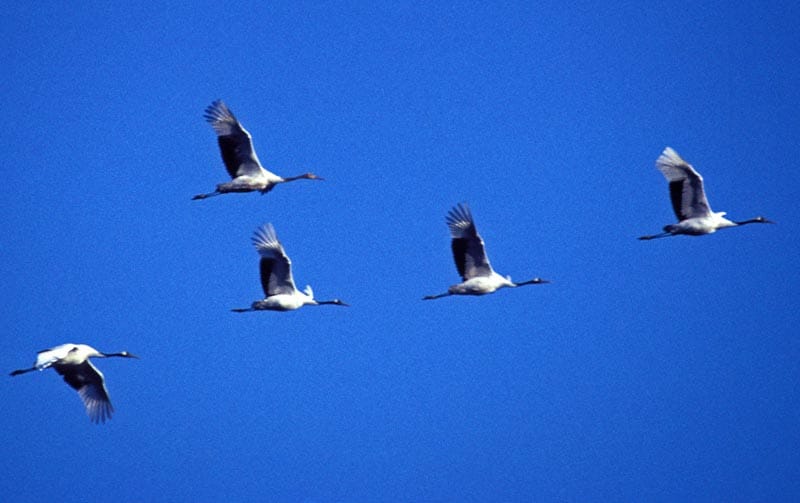 I first visited Beidaihe, a resort on China’s east coast, in spring 1985, and have returned each year since, mostly as leader or…